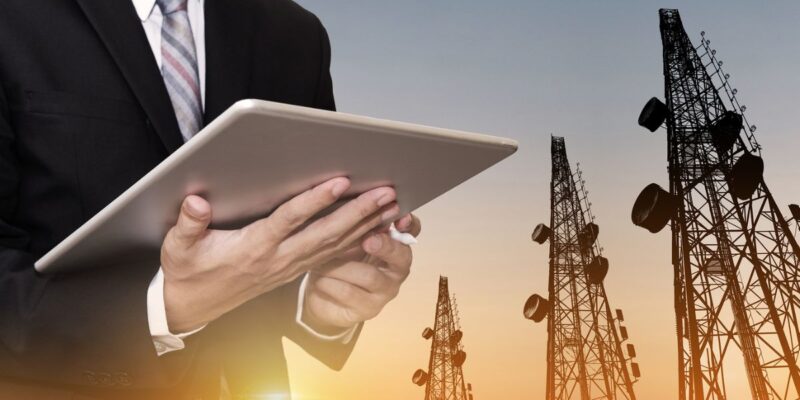 Telecommunications providers are essential for the global economy.

Experts agree: data is becoming one of the most important raw materials of all. Telecommunications are required to transfer data efficiently. Due to the resource-intensive infrastructure, communication is firmly in the hands of specialized telecommunications companies. In Germany, the leading providers Deutsche Telekom, Vodafone and Telefonica form an oligopoly .

From a global perspective, telecommunications are also of great importance. The “ Insight Research” study examined the global market and estimated it to be about 2.4 trillion US dollars for the year 2019. Further growth seems to be imminent.

Telecommunications technologies such as 5G are also considered to be trend-setting. They will be the basic requirement for many other achievements such as autonomous driving, air taxis or the Internet of Things (IoT). It is therefore not surprising that the licenses are in great demand and are even brokered via auction.

In Germany, the 5G licenses were auctioned by the Federal Network Agency until June 2019. The total proceeds amounted to over 6.5 billion euros.

Telecommunications companies worldwide, therefore, aim to network people with one another and improve communication. A look at the price development of industry-relevant indices shows a volatile price picture. This is also confirmed by the individual stocks and makes the telecommunications industry rather uninteresting for conservative and medium to long-term investors. Investment advice is correspondingly difficult. A closer look at these indices is recommended for new investors.

The North American telecommunications group based in Dallas had sales of more than 170.8 billion US dollars in 2018. AT&T is even one of the most valuable brands in the world. With the takeover of the satellite TV provider DirecTV, AT&T also wants to be active in the media sector in the future and thus continue to grow.

In 2011 AT&T (WKN A0HL9Z) wanted to buy the Deutsche Telekom subsidiary T-Mobile USA. Still, this deal never came off due to the US Department of Justice’s complaint with the US competition authorities. Its market capitalization was $ 249.23 billion in 2019.

The New York company Verizon had sales of almost 130.9 billion US dollars in 2018 and has a market capitalization of 236.07 billion US dollars in 2019. The second-largest telecommunications company in the world has more than 155,000 employees and is closely related to surveillance by the NSA. It became known that the USA regularly requested and received the connection data of all Verizon customers.

If it were just about the number of customers, China Mobile would be the largest telecommunications company in the world. The Hong Kong-based company had more than 900 million customers in 2018. In terms of market capitalization (178.16 billion US dollars), China Mobile, with sales of around 97.5 billion US dollars, is one of the largest companies in Asia  – and secured third place in our ranking.

Over the course of the company’s history, Comcast has developed from a cable network operator to a modern media and communications service provider. The company is now one of the largest high-speed Internet, video and telecommunications providers for business and private customers in the United States.

Comcast’s core business is the operation of cable networks and the development, production and distribution of news, sports and entertainment solutions through NBC Universal Media LLC. Comcast’s NASDAQ-listed stock has risen over 20% over the past twelve months and has grown more than 70% over five years. Comcast posts a market cap of $ 200.34 billion in 2019.

Due to the excellent prospects for the telecommunications service provider industry in the USA, the company’s shares in question may also be of interest to European private investors – also concerning the expected dividend yield.

SoftBank (WKN 891624) is a telecommunications and media company from Japan with annual sales of over 86.2 billion US dollars for 2018. The company operates in landline telephony, broadband television, Internet, e-commerce, robotics, technology, finance and service and has more than 63,000 employees. The market capitalization is $ 107.78 billion.

Deutsche Telekom had sales of around 84 billion US dollars in 2018 and is the sixth-largest telecommunications group in the world. In 2017, Telekom employed almost 217,000 people worldwide under the management of Timotheus Höttges. The Deutsche Telekom share (WKN 555750) is one of 30 shares listed on the DAX. The current market value is $ 79.02 billion.

Telecommunications provider China Telecom has been listed on the Hong Kong and New York stock exchanges since 2002. Originally a state-owned monopoly, the company separated from its northern business activities in the same year, transferred to China Netcom. Around 35 million Chinese lines are controlled by China Telecom, which had sales of 54.78 billion US dollars and a market capitalization of about 36 billion US dollars in 2019.

The Spanish group Telefónica (WKN 850775) is mainly active in Europe and the growing markets in South America. The eighth-largest telecommunications company globally, which operates in Germany under the O2 brand, had sales of around 54 billion US dollars in 2018 and a market capitalization of around 40.08 billion US dollars. The company is headquartered in Madrid.

Vodafone, which is also active in Germany, is actually based in Great Britain, which many consumers do not know. The head office is in London. The communications company has long been serving the entire world and is one of the best-known brands of all. However, shareholders have suffered a loss in recent years. The stock has lost about 25% in value over the past five years but has held up pretty much steadily through 2019. With around 51.93 billion US dollars in sales in 2018 and a market capitalization of around 49.2 billion US dollars, the group is one of the largest telecommunications providers in the world.

The Japanese company had sales of around 45.89 billion US dollars in the fiscal year 2018. KDDI was founded by Kazuo Inamori in 1984 and has been involved in telecommunications solutions ever since. Lately, the group has found interest in cloud services for businesses as well as private customers. The market capitalization is $ 61.81 billion.

The company went public in 1996 and triggered a real hysteria. The T-Share was advertised medial massive. Some people even spoke of a people’s share. Driven by the dot-com bubble, the share price shot up from an initial € 14.57 per security to as much as € 104.90 (March 2000). When the dot-com bubble burst, however, Deutsche Telekom also crashed, in some cases even below the output value.

The share has since recovered and is considered a solid bank in the DAX. Sales have been increasing every year since 2012, EBIT is solid, and sales per employee climbed to a record high. With a dividend of € 0.7 per share in 2018, the security fueled confidence. The share value has also risen by over 20% in the last five years.

The Federal Republic of Germany is still a major shareholder. The state directly holds 14.48% of the shares, and the state has another 17.41% of the shares through the state development bank KfW. Only 61.5% are in so-called free float.

The forecasts for the share remain the same as the performance: solid with a slightly optimistic outlook. The US business with the subsidiary T-Mobile, in particular, remains exciting and has the potential to exert a significant influence.

Criticism of the Deutsche Telekom

The former state-owned company is not free from criticism in Germany. Experts criticize not only the apparent infrastructure monopoly but also the pricing policy. From a global perspective, Germany is expensive in terms of price-performance ratio. Telecommunications contracts are also considered to be inflexible and often bind consumers for at least 2 years. The company is also working with several measures to extend the contract that are not always clearly recognizable to consumers.

The sluggish broadband expansion is also criticized. In 2019 there are still places in Germany that have neither stationary nor mobile internet. Instead of investing in fibre optic expansion, hybrid models made up of outdated DSL technology and mobile internet, as well as vectoring, can be found in the company’s marketing mix.

Germany seems to be losing ground worldwide, as technologies such as vectoring still rely on copper cables, which do poorly against modern fiber optics. It takes courageous steps here to equip Germany for the future. 5G licenses alone are not sufficient for this because they also require modern basic infrastructure.

A brief history of telecommunications

Telecommunications have become indispensable these days, and this form of exchange is not that old. If you leave out messengers, smoke signals and telegraphy, modern telecommunications began in 1876 when Alexander Graham Bell received the patent for the telephone in the USA. In doing so, however, he made a mistake because no patent was applied for in Germany. As a result, the German company Siemens & Halske improved the telephone a year later and began production.

Telecommunications was not coined until 1904 when Édouard Estaunié used this made-up word as a book title. The next 60 years were all about improving telephony and providing the necessary infrastructure.

The Arpanet has been causing a stir since 1969, from which today’s Internet evolved. This is considered one of the greatest achievements of the last decades and will continue to change society in 2019. It was not until 1989 that the Internet was commercialized as the World Wide Web and made available to the mass market.

Not to be forgotten is the fax, which existed in Germany from 1979, this was continuously replaced over the next 30 years by e-mail as a further achievement of the Internet. In 2019 hardly anyone owned a fax machine anymore.

Conclusion: is it worth investing in telecommunications stocks?

Digitization is progressing continuously, the communication network is being expanded, and the standards are being continuously raised (3G, 4G / LTE, 5G). For telecommunications companies, the rapid evolution of technology means not only advantages, such as new business opportunities, but also disadvantages. These include high competitive pressure and high investment costs in research and development, and the associated high debt rate. State regulation and global economic policy uncertainty are further possible problem factors. Telecommunications is, therefore, a difficult industry for equity investors. 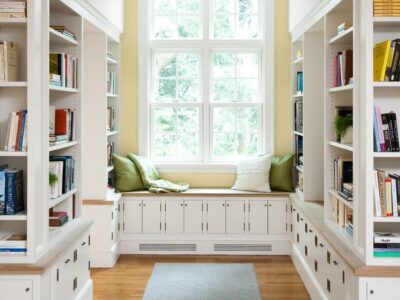 Why You Should Choose Plastic Storage Drawers Over Traditional Shelving 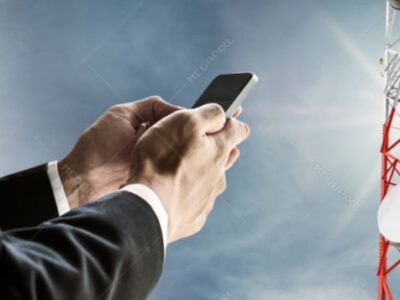 Grow Your Business With Telecommunication 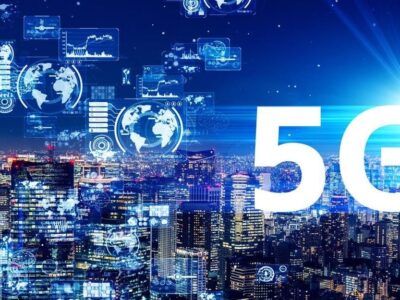 What is ‘5G’ and How Will It Impact the Future of Telecom? 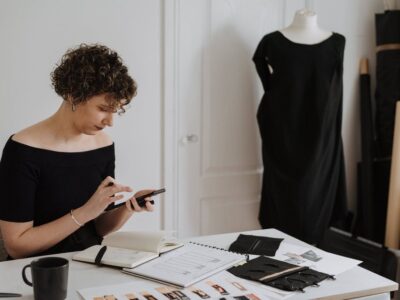